The software systems of a large corporation form a tight-knit network. How do you separate the PPM system in the case of a carve-out of a business division before creating a new company? The challenge: operations must continue to run without interference, and still you want to end up with two separate and fully functional IT environments. This venture succeeded at HENSOLDT AG, a sensor technology company near Munich. Learn more on this in our Case Study HENSOLDT below.

Our service for you: Get your copy of the HENSOLDT Case Study:  DOWNLOAD PDF HERE!

The Company
HENSOLDT is a global defense company with a market-leading position in Europe. Sensor technology, solutions for electronic warfare as well as avionics rank among the main business areas. As a technological leader, HENSOLDT continuously develops new products based on innovative approaches to data management, robotics and cybersecurity. The company’s product portfolio covers the entire spectrum for air, sea and land missions.
The Challenge:
The company was created as a carve-out of the former sensor technology division of an international aerospace corporation. In the process of this carve-out, it was necessary to separate the project management of the prospective new company with all the requisite data from the existing system during operation and disconnect it, at first only virtually but later also physically. At the newly created company, the task was to modernize the project management system and adapt and expand it according to the specific requirements.
The Solution
In addition to the existing installation of the aerospace corporation’s PM system – based on Microsoft Project Server – TPG set up a second parallel installation prior to the carve-out. The complete project data material was mirrored in this. Following this, the two databases were cleaned up carefully and prepared for the two henceforth separate companies. At a later stage, the physical migration of the data from the datacenter of the aerospace company to HENSOLDT’s own servers took place. After that, additional functionalities were added to the project management system.
The Benefits
On the day the company was founded, HENSOLDT had a fully functional PM environment at its disposal. Thus, work on all projects could be resumed without interruptions. Having been a longstanding partner of the aerospace company in the sensor technology division, TPG had extensive experience with the requirements of the carved-out company. This meant HENSOLDT was able to have recourse to the high level of consulting expertise for the demand-oriented expansion of the functionalities during the update of Microsoft Project Server.

HENSOLDT provides a comprehensive product portfolio covering reconnaissance sensors, electronic combat systems and avionics for customers in the fields of security and defense. The European market leader is a carve-out of the former sensor technology division of an international aerospace company. The carve-out of the new company made it necessary to carefully divide the project management system of both company parts including all data without interfering with the ongoing work on projects.

Setting up a second installation of the project management system prior to the carve-out, and mirroring the complete data material there, proved to be successful. This made it possible to successfully clean up the databases without disrupting ongoing operations and allocate the material to the two companies soon to be divided.

With TPG The Project Group, the aerospace company benefited from a partner who had been performing services for the sensor technology division for years. The experience gained – in combination with the clearly defined targets of the company and the close coordination with other service providers involved – played a key role in ensuring that HENSOLDT had access to a fully functional project management system from day one. TPG also supported the company during the subsequent update of Microsoft Project Server, optimized the performance and configured additional software for company-specific requirements. 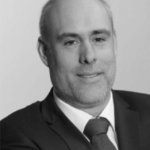 The software systems of a large corporation form a tight-knit network. How to detach a part in such a way as to ensure the operations continue to run without interference and still end up with two separate and fully functional IT environments? This is a question that preoccupied the aerospace company before it spun off the division for sensor technology as a new, listed company named HENSOLDT. Solutions were necessary for disparate and complex IT systems. These included the project management (PM) system but for instance also financial software, such as the ERP system by SAP.

The sensor technology division used Microsoft Project Server for project management, which had been looked after by TPG for years. This longstanding collaboration and expertise was also the basis for entrusting TPG with the task of separating the project management system of the emerging company and putting it on its own feet.

It was essential not to interfere with ongoing project activities of the company. Furthermore, it was necessary to ensure that HENSOLDT could dispose of a fully operational project management system from day one of its existence.

Another challenge was posed by the multiple links between the project management and the financial IT systems. A prerequisite for the success was the close coordination with the project managers of the aerospace company and HENSOLDT as well as with other service providers involved. “In a nutshell, it was a matter of separating the PM system for HENSOLDT,” explains Manfred Janek, Head of Design and Development, Information Management at HENSOLDT. “Yet, it was important for us that the read access to the data was possible at any time throughout the entire operation.”

Duplicating the Datasets as in a Cell Division

The path chosen by the participants was to mirror the complete IT concerned in a second system. In a similar way to the cell division in which the set of chromosomes containing the genetic information is duplicated, a second version of the installation with the complete datasets was created in the company’s sensor technology division. It was running separately, but in parallel with, the original installation. 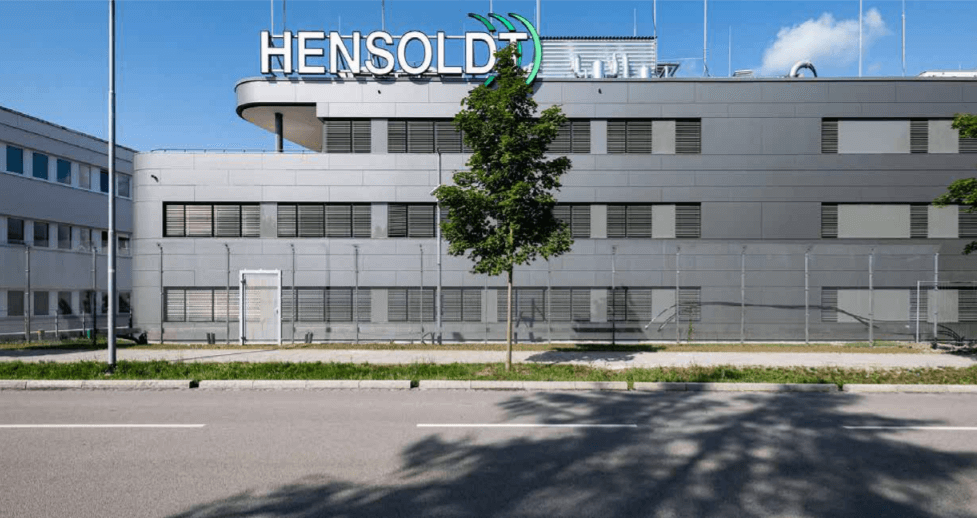 In this second system, TPG’s IT experts were able to identify and separate the necessary project management data for the emerging company, HENSOLDT, without disrupting the ongoing work on projects. In the process, they worked closely together with their counterparts at the company to coordinate which projects and what data should belong to the world of the aerospace company going forward and which should go into the HENSOLDT world. At the same time, it was an excellent opportunity to clean up the data and free the databases from unnecessary baggage.

This is how, gradually a separate, independent PM system for the new company came into being. To begin with, it was still installed in the datacenter of the aerospace company. Likewise, and equally preliminary to the carve-out, the user groups were separated and introduced to the respective PM environments in which they would be working in the future.

“This intensive preparation phase meant that HENSOLDT’s project management was fully operational from the first day of the new company’s existence,” sums up Martin Hespe, Head of Key Account Management at TPG.

Performance Improvement of over 30 Percent

A little later, the physical separation of the systems was performed. The new company set up their own server park to which the IT systems from the datacenter of the aerospace company – that were already virtually independent – were migrated. Company-specific adaptations of the PM system took place in the course of the cyclical updates of Microsoft Project Server to the latest version. “Aside from the update, we were looking to improve the performance,” explains Manfred Janek of HENSOLDT. “For this, we defined the target to increase the processing speed by 30 percent.”

“That’s why we’ve been working hard to further tidy and clean up the databases and optimize the overall system,” Hespe reports. “To this end, we also reviewed codes and partly modified or re-wrote them. This is how we succeeded in not only reaching the performance target but actually exceeding it significantly.”

“The data migration was completed within one week,” states HENSOLDT manager Martin Egle. “TPG met the schedule in full. What’s more, TPG advised the company in the question which additional functionalities were required for project management and how to integrate them. With our tool set, we can meet individual requirements fairly quickly,” explains Martin Hespe, “from a Jira link to SAP connection through to multi-level project planning.”

With Jira, HENSOLDT has opted for software used for structuring agile methods and detailed work planning in teams. “It gives project managers a quick, comprehensive overview of the overall status of their project regarding deadlines, work progress and budget,” Martin Hespe illustrates.

Find out how project management with Jira works in this article.

Another new tool in HENSOLDT’s tool box is Microsoft Power BI. The extensive reporting platform enables among other things the visualization, retrieval, modelling and analysis of project data. “In the future, we will be removing the last remaining functionalities that have become obsolete and add new functionality as well,” comments Martin Egle. “In this context, we want to tackle modern technology issues around project management,” Manfred Janek announces. “One keyword for this is AI. It will be a matter of further relieving the people who use and operate the project management system of unnecessary effort.”

We were able to exceed the target of 30 percent performance improvement.

The development from the integrated PM system of one business division of the aerospace company to the completely independent, updated and optimized project management environment of HENSOLDT has taken several years. The continuity of the service partnership meant that TPG was familiar with the PM systems as well as the specific requirements of both companies in all phases. This has proven to be an important factor for smooth processes and ultimately for overall success.